http://www.iloome.com/ScreenMate/b/6180891011?ie=UTF8&title=ScreenMate
*On sale $27.99*
Keep your own Gorilla Glass from breaks and scratches! Let this take the hit instead!
Scratch resistant
Break resistant
Finger/smudge resistant
Shatter Proof

Make your Galaxy S3 screen unbreakable!!! iloome makes a tempered (hardened glass) screen protector that will protect your screen from drops or impacts! With a hammer the screen protector breaks but the glass beneath doesn’t!

Plus the glass screen protector gives you all the advantages of the glass below it!

Galaxy S3 Destruction! *only a broken screen, not the entire phone, SO CHILL!!!
https://www.youtube.com/watch?v=9FJUD5WB_ko

Galaxy S3 REBUILD *the time I got a new screen and rebuilt my Galaxy S3*
https://www.youtube.com/watch?v=lB4iC8i_t5w

First MWC completed assisting Erica around Barcelona and during the event. Of course I also my own analysis agenda and built an experimental software and hardware lab to carry around and study the devices exposed.

Some of the most remarkable devices have been the HTC One, Sony Xperia Z (that’s not as fragile as you might think), LG Optimus G Pro, and Erica made videos for all three.

The lab in question was made of Voodoo Report app, Voodoo Screen Test patterns with a colorimeter and HCFR running on a Windows 8 tablet, and Voodoo Audio measurements player with a high quality USB sound card.

It allows to become a low more knowledgeable and make better reviews than when based only on visual or subjective observations.

Edit: Here are some pics of the lab in action 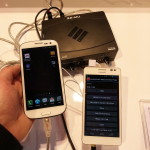 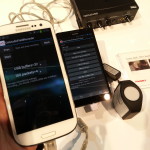 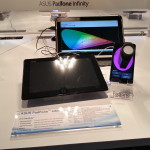 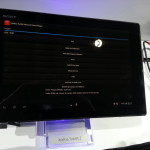 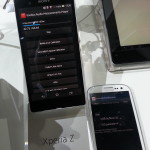 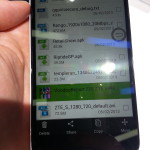 When at MWC I had a few moments with the Optimus G Pro, so I bid it against the Note II. What do you think? Based on the preliminaries, which would you go for???

I was at Samsung Unpacked in New York for the Galaxy S4 release! Here is my in-depth, hands on with the device! I hope you get a good idea about whether this is the phone for you or not as you wait until end of April for retail release.

I AM EDITING THE SIV FOOTAGE NOW! PLEASE BE PATIENT! I will be going to New York for the March 14th, Galaxy S IV release. Check out my LiveStream for real-time updates at the event! I will also be releasing an advanced overview of the Galaxy S4.
https://new.livestream.com/accounts/3230369/theangelofmusic1989/

Also, if you would like to help me out with funds to the even my PayPal email is: angelofmusic1989@gmail.com

or the Paypal link is:
https://www.paypal.com/cgi-bin/webscr?cmd=_s-xclick&hosted_button_id=YSPNFFKVKVAXN